Barton in the Beans

Barton in the Beans is a hamlet in the Hinckley and Bosworth district of Leicestershire, England and forms part of the Shakerstone Civil Parish. There are no shops or pubs here, only a Baptist Church and a post box. It was in the 18th century an important centre for the Baptist Church and the minister at Barton was the notable clockmaker Samuel Deacon (1746-1816). The population ca. 1830 was 177. 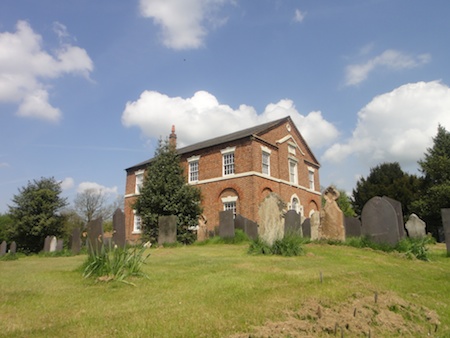 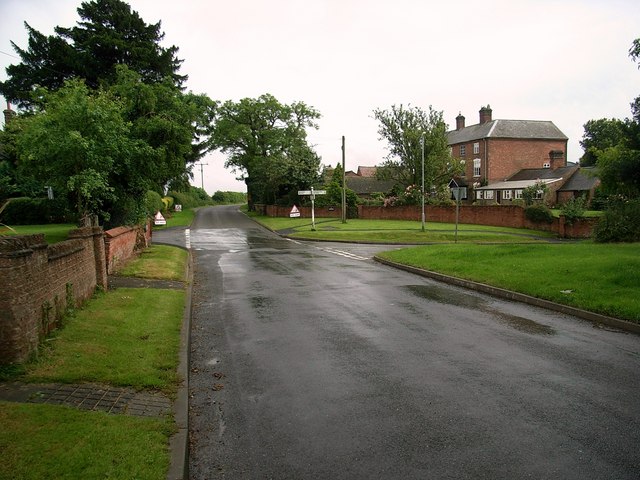 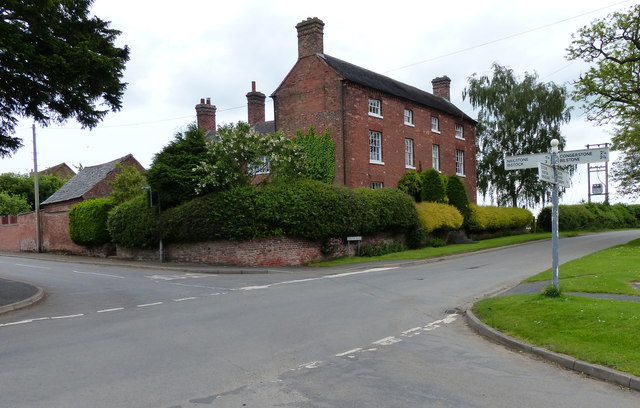 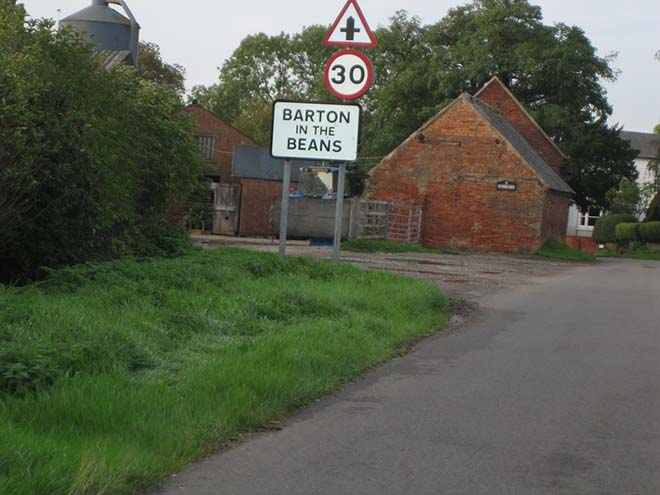 One of the earliest mentions of this place is in the Domesday Book where it is listed amongst the lands given to Hugh de Grandmesnil by the King (the land required half a plough and there were 2 acres (8,100 m2) of meadow). During the Middle Ages the land passed through many hands including several members of the family of Hastings. A notable resident of Barton in the Beans was John Goodman (born 1765). He was a Baptist preacher who hired out leeches for bloodletting. The leeches came from lakes in Cheshire and North Wales through which Goodman would wade with his bare legs.

There are no schools actually in the village, however,Market Bosworth has two toddler groups and a private day nursery. The village of Congerstone, approximately two miles from Barton in the Beans also has a pre-school group at Congerstone Primary School. This school also takes children from 5 -11 years.

The village is surrounded by many beautiful walks and also; Bosworth Water Park lies to the West of Market Bosworth where there is a fantastic range of sporting activities including sailing, winsurfing, kayaking, fishing and camping. Bosworth Battlefield Heritage Centre and Country Park, there is a small museum, restaurant and some fantastic walks. Battlefield Railway, a section of railway line has been reopened by the Shackerstone Railway Society and runs between Shackerstone and Shenton. Periodically there are steam locomotives running. Twycross Zoo. The zoo is a major attraction about six miles from the village which is proud of it's breeding programmes particularly with primates.

Although Barton's only facilities are a Post Box and a Baptist Chapel, nearly all necessities can be obtained locally with chemists, supermarkets, garages etc. only a short distance away in either Market Bosworth or Ibstock. The area is noted for having some of the best gastropubs in Leicestershire and Market Bosworth, in particular, has a number of popular restaurants.